DHOLERA INTERNATIONAL AIRPORT TO BE OPERATIONAL BY 2024 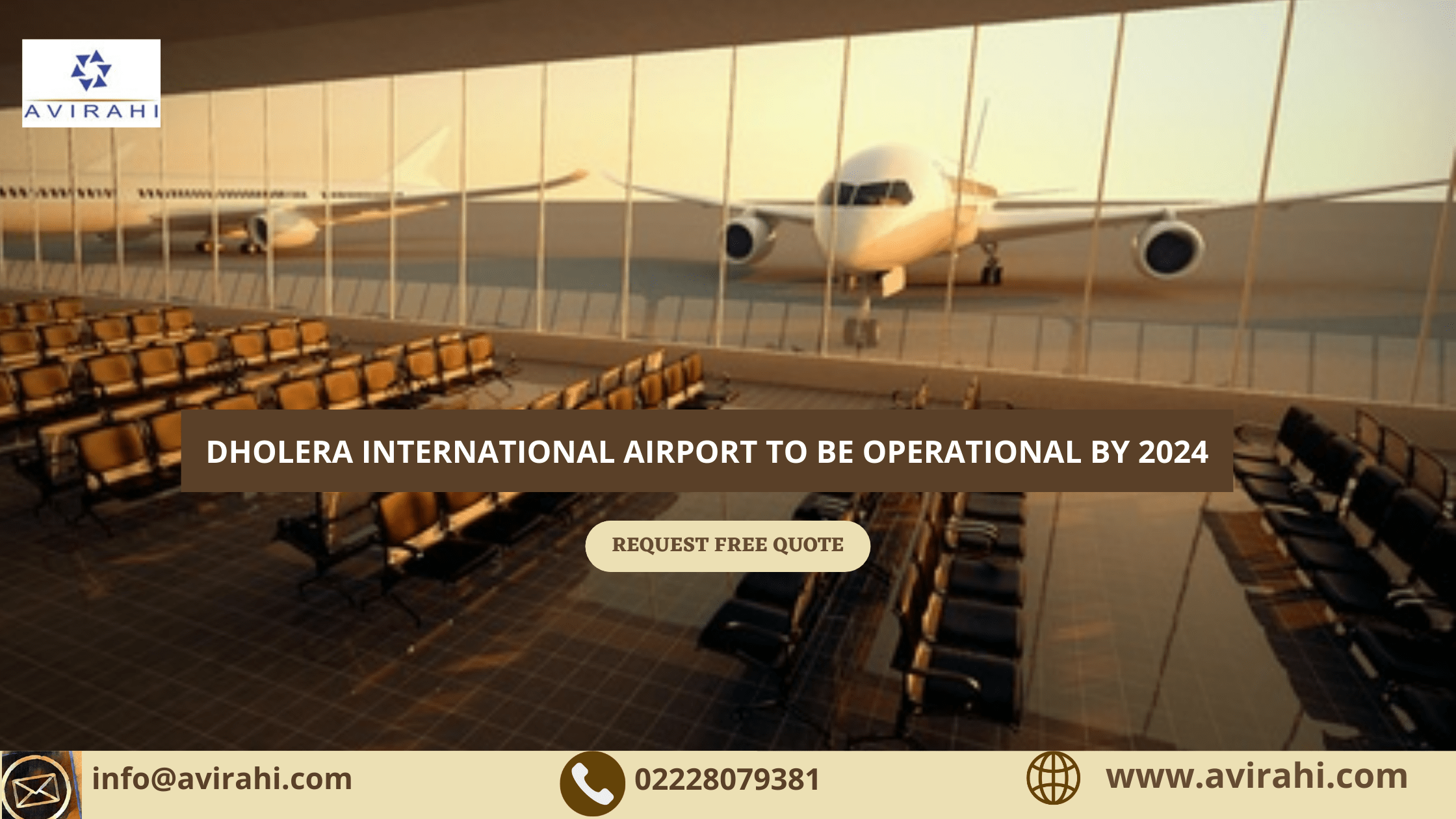 Gujarat has been developing to become a smart city for the past few years. Gujarat is also a developing state for a number of international, medium, and small scale companies that are in upfront creating an industry-friendly environment. The plan of the state government to build Dholera International Airport with the permission granted by AAI, will definitely raise the Dholera smart city plot price but also allow people to experience complete connectivity not only within the state and country but also internationally.

The city is the first city that has been called with the name of investment region. A quick highlight on the city was that the Dholera city was strategically planned and located nearby big cities of the state and provide quick and smart connectivity to international routes.

And as the government allowed to build an International Airport in a 100 km of huge district called Dholera in Gujarat, a distance of 80 km from the capital of Gujarat, Ahmedabad. It became the city for investors to invest and expect a huge return over a period of time thus creating a boom in the economy of the estate.

Gujarat Chief Minister, Bhupendra Patel, said,“We have received approval from Airport Authority of India (AAI) which has alloted the land of 1700 km acres to build Dholera International Airport that has the capacity to hold 12 aircrafts connected through all kinds of transport i.e. railways, roads, highways, metro, port, etc.

With the collaboration of the Airport Authority of India (AAI) and the Delhi Mumbai International Corridor (DMIC), the first phase of the construction will start in the year 2022 and will be completed by 2024.

This is said about Dholera International Airport starting its work of construction of the first phase from January 2022, as he said on one of the conference Expo that was held in Dubai, virtually.

This was also said that after the completion of all three phases of Dholera International Airport, it is capable of holding and providing service to 100 million passengers that will help the city in the long run of gaining support and further increase in the living standard of people.

Bringing in people from countries outside India to explore the city of Gujarat will give the city exposure to develop more infrastructure and help in building a strong estate economy.

The CM of Gujarat said the Dholera International Airport of 3000sqm is being built for the purpose to increase the export market in the state of Gujarat.

Dholera Residential plots are going to bring in huge revenue to the government because of the world-class amenities the location is providing to the people of the district.

The good news is Dholera airport has started working to complete its first phase by 2024 for the people of the state for the direct connection to international cities. So that people do not have to worry about the city’s advancement. There are huge possibilities and opportunities to keep on checking Dholera smart city plot price. As it is going to benefit you in a long run. As Dholera residential plots price is going to rise, so it is a great opportunity for you to invest in it.

I hope you found this blog informative and interesting about Dholera International Airport that will be operational by 2024. More like these blogs are incoming! For more information, reach us at: www.avirahi.com