GUJARAT: Enhancement in the Solar and Wind Power Generation 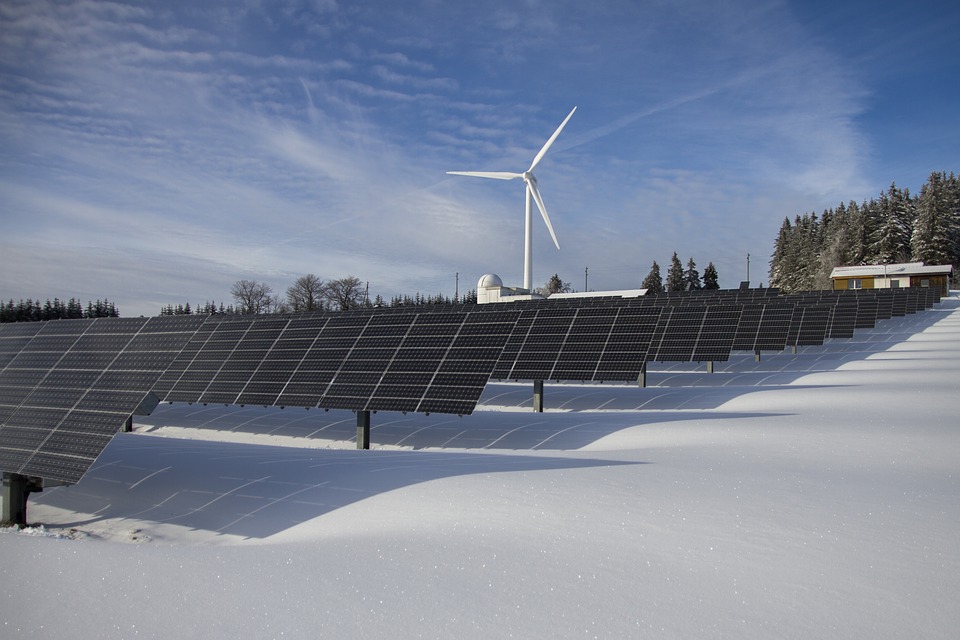 The state government of Gujarat has chalked out with an action plan of enhancing the power generation (which is an industrial facility for the generation of electric power in which most power stations contain one or more generators by the use of some non-conventional sources, a rotating machine that converts mechanical power into electrical power). Last week, on Friday, it had been announced by the government of Gujarat that the enhancement in the solar power generation will be by 3,000MV and 1000MV of enhancement in wind power generation at an annual rate each year. In other words, to accomplish this target, the state government will be looking forward to adding 1,000 MW of wind power and 3,000 MW of solar power projects each year till 2022 with great zeal to make it happen in real by then.

To take this foremost and an imperative initiative ahead, the seminar meeting was held on January 18-20, 2019 by the state government of Gujarat on the renewable energy sector during the 13th vibrant Gujarat summit, which first took place in 2003 with an aim to re-establish Gujarat as a preferred investment destination where an intense knowledge and ideas had been exchanged amidst all the people. Today, this summit has transformed into a platform for clearing the agendas of global socio-economic development, in addition to being an assistant for sharing the knowledge and making effective partnerships. Gujarat has been working as a hub of trade and commerce since over 5,000 years when the port of Lothal connected previous India to the world. Today, being under the operation by the entrepreneurial Gujarati spirit, the state acts as the world’s gateway to opportunities in India. And that is the reason why it was Gujarat that chose to bring enhancement in the solar and wind power generation.

Some details too had been provided by the officials of the energy department on the seminar and the state’s vision in the energy sector during a press conference that held on Friday.

Pankaj Joshi, who is the managing director of Urja Nikas Nigam limited in Gujarat and handles all the related work (services includes power generation, transmission, and distribution) said,

Adding one more recently happened thing to this, there is this element of a larger whole of non-conventional power generation of 7,200 MW which is going against a total power generation of 27, 200MW. The total contribution of wind power generation in non-conventional power generation is 28 percentage in the state, said Pankaj Joshi. Moreover, one additional thing has also been added by him that the government would start tempting bids for a proposed solar park at Dholera SIR of 1,000MW.
“India has won a second position and hence ranked the second in the Renewable Energy Attractiveness Index 2017 and is all on board to become the country’s third-largest renewable energy producer in the world by 2022. Gujarat has performed admirably and contributes approximately 12% to India’s renewable energy basket. Also, the state is already the second largest producer of wind power in India and accounts for 8% of India’s total installed solar power. The state has an extremely large and immense potential for generation of RE, with an estimated figure of over 100GW.” This statement had been added by the Raj Gopal, who is an IAS, additional chief secretary, energy and petrochemicals department, the government of Gujarat.

In addition to this, one more thing has been announced by the government that there would be a set-up of a unique 5,000MW ultra mega Solar Park in Dholera SIR in the intertidal zone of coastal wasteland. An articulation of Interest was already carried out and GUVNL will issue a request for price proposal for the first 1,000MW capacity at Dholera SIR. India’s first coastal wind energy project of 1,000MW is also planned to be carried out in the Gulf of Khambhat, off the coast of Gujarat, for which prospective developers have shown tremendous interest,” he added.

Avirahi city is the place that you need to head to when you are in search of commercial or Residential Plots in Dholera SIR Gujarat. This city is soon going to turn out to be the first smart city of India with the Dholera SIR project with almost every kind of transport facility within its proximity. So, would you not like to become a smart resident of the city while getting all that you always had dreamt of?