What Must You Expect From The Smart Cities

One of the biggest news heard in the last few days is that PM Narendra Modi announces to em-place 100 smartest cities in India. Since the announcement is done by our Prime Minister, Ministry of Urban Development has started compiling the list. And keeping this thing in mind the competition has already begun among the various cities. These cities will use all the assets, and resources efficiently, allotted by the Government of India. The good news is, all states will have at least one city to be named as smart city. Although, the proposal was for 100 cities, but for now they have picked and concentrated on 20 cities.

What is a Smart City? and How it will be like?

So first, let us understand the first question. Toronto, Paris, New York, London, Tokyo, Berlin, Hong Kong, Barcelona are to name a few, to give you a slight idea what we are talking here. Yes, these cities have been chosen top smartest cities around the globe. However, we will not compare prospectus smart Indian cities with these. But what we are talking about here is that they all have managed to bring out effective results with allotted infrastructure budget, resources and assets by applying smart solutions. And exactly the same thing Indian Ministry of Urban Development expects from their mission.

What Smart Cities are Made up of?

A city that uses smart applications to facilitate people with an infrastructure that has civilized, and clean lifestyle, and ecological atmosphere, is indeed a smart city. And all the prospectus cities can expect certain things from great infrastructure. India has seen huge relocation in a few years because people from small cities cannot see any upcoming reformation into their cities. And two of the biggest issues they face in everyday life are electricity and water. They are not the only, but one of the major reasons why people move from small cities to big cities.

If the city they are moving has a scope of assuring water and electricity supply, good management over solid wastes, and good public transportation services (I would personally take Ahmedabad’s name here. If you have not been to Ahmedabad before, let me tell you, it has the best public transportation facility that I have not experienced anywhere till date.), then, it definitely deserves to be on the list. Besides, IT connectivity, E-governance, citizens’ safety and security are the other major requirements that will to be looked after.

Who would not want to spend the entire life at the location where he or she gets all the amenities, and facilities at the best price? Many expert investors have shown interest in Gujarat’s Dholera SIR Smart City Project. You can expect all the common infrastructure here, along with Classic Restaurant, Residential Rooms, Grocery Shop, Community Hall, Club House, Gabbana, Temple and much more. For the people who love games and working out will be facilitated with all the facilities they have dreams of. 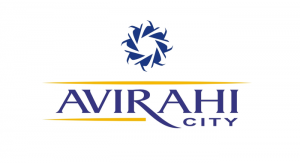